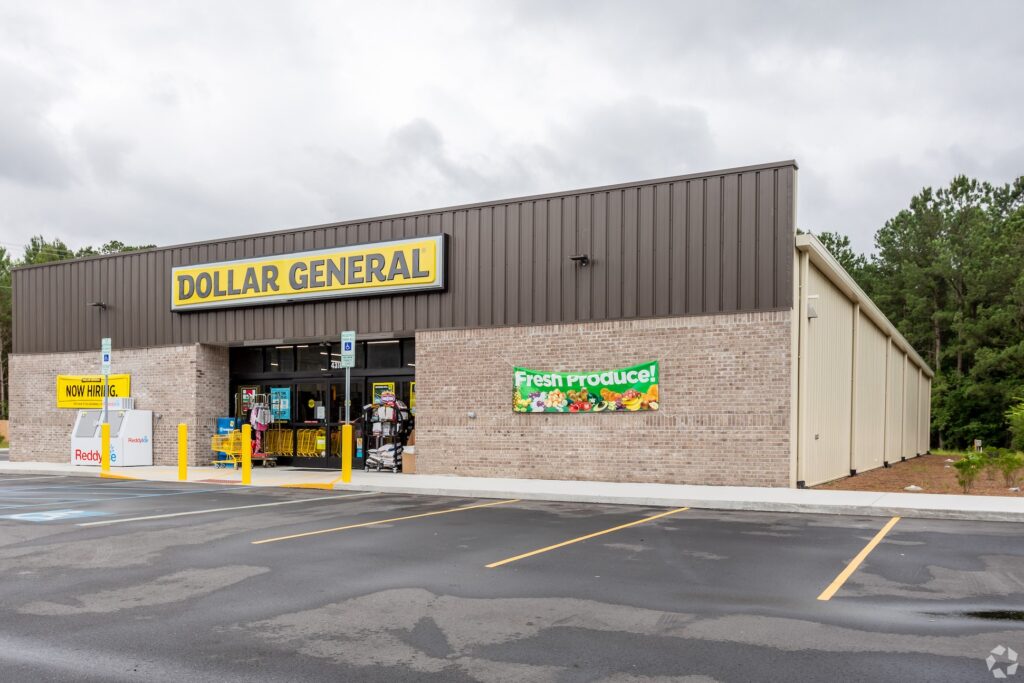 Dollar store real estate is in such high demand that prices have risen so much they are squeezing annual yields to possibly their lowest point ever.

It’s an about-face for the property type, which for years was considered a risky investment but became far more attractive when the businesses were deemed essential during the pandemic, allowing them to remain in business when some other retailers shut their doors.

During the second quarter, capitalization rates fell for both Dollar General and Dollar Tree stores to provide the lowest projected annual yields since at least 2011 when Wilmette, Illinois-based real estate firm The Boulder Group started tracking the cap rates. Randy Blankstein, the firm’s president, said by email that he’s “fairly confident that it is an all-time low.”

The average cap rate for properties leased to Goodlettsville, Tennessee-based Dollar General declined the most, dropping to 5.75% from 6.9% in the same quarter last year. Properties leased to its largest rival, Chesapeake, Virginia-based Dollar Tree, saw average cap rates fall to 6.5% from 7.03%. The real estate that’s in high demand is typically owned by different entities rather than the chains themselves, so the phenomenon is affecting the disparate owners rather than the chains.

Dollar store properties typically are single-tenant and come with a net lease in which the tenant pays most or all of the operating expenses. The landlord collects rent that contains an annual yield for owning the property.

Revenues soared at Dollar General and Dollar Tree, which also owns Family Dollar, last year during the height of the pandemic. Revenue growth for those retailers eased some earlier this year as coronavirus case counts dropped but sales still remain strong.

The sale discount for the dollar store real estate narrowed significantly in the second quarter this year because of the demand, dropping from a difference of 73 basis points last year to 9 basis points.

According to The Boulder Group, the primary reason cap rates have dropped is the limited supply of new dollar stores with investment-grade tenants and long-term leases. “Investor demand in the dollar store sector increased to record levels,” Jimmy Goodman, a partner at The Boulder Group, said in a statement.

Supply can’t meet demand, even though Dollar General and Dollar Tree are expanding, making it a sellers market. Dollar General stores make up 82% of what’s for sale now, according to The Boulder Group report.

Dollar Tree and Family Dollar showed a big gain between last year and this year, rising from 154 in 2020 over the same time to 404 this year.

One of the top recent sales occurred in Fayetteville, North Carolina. A Dollar General built this year there sold in early July for $2.1 million to a family partnership from Overland Park, Kansas, with a 5.55% cap rate.

Dollar General plans to add 1,050 new stores to its portfolio of more than 17,400 locations while renovating 1,750 and relocating 100. That includes adding more PopShelf locations, a new concept introduced last October that targets women in diverse suburbs with household annual incomes in the $50,000-to-$125,000 range.

So far, Dollar General has opened 16 PopShelf stores in three states with plans for 50 more by the end of January 2022.

On Wednesday, Dollar General said it opened the first two combined PopShelf and Dollar General stores, both located in Tennessee near the company’s headquarters. The company said it will add 25 of those this year.

In early July, Dollar General took what may be its first step toward adding pharmacies to stores with a move to increase healthcare products on the shelves and hired a chief medical officer. That should add more foot traffic to stores.

During a first-quarter earnings call in May, Dollar Tree CEO Mike Witynski said the company had 61 combination stores in rural communities by the end of the quarter, 34 new, 19 renovated and the remainder relocations or expansions.

The renovated locations have been showing comparable sales increases while “new stores are exceeding their pro forma,” Witynski said.