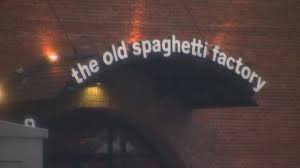 A familiar name is back in Bricktown: The Old Spaghetti Factory has just opened around the corner of a long-time Bricktown favorite that closed several years ago.

A familiar name is back in Bricktown: The Old Spaghetti Factory has just opened around the corner of a long-time Bricktown favorite that closed several years ago.

Bricktown officials hope the opening of the restaurant will bring more people to the area.

“We are excited to be open,” said Dean Griffith, the president of The Old Spaghetti Factory.

Although the restaurant is brand new, it does have a history in OKC.

Officials say they tried to partner with The Spaghetti Warehouse, but that didn’t work out.

“We found out a little while later that they had kinda copied us,” Griffith said.

Once a spot opened in Bricktown, The Spaghetti Factory moved right in.

“So, we went and looked at the old Spaghetti Warehouse location. We saw it as an opportunity to correct the brand confusion,” Griffith said.

The company spent $2 million and brought over 100 jobs to the area. They hope it brings more visitors, as well.

“I think this is going to activate this corner,” said Bricktown District manager Justin O’Neal. “Now it’s kind of a full night where people can come eat come shop and enjoy Bricktown.”

Bricktown officials say this is the first of many new businesses coming to the area.