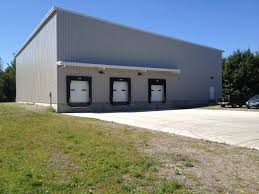 Industrial leasing is increasing as more states gradually reopen their economies from coronavirus-related closings and businesses get more comfortable committing to warehouse space.

Demand began slowing in mid-March, and CoStar logged some of the lowest levels of activity in history in April as skyrocketing numbers of Americans filed unemployment insurance claims, which totaled more than 40 million as of May 28. But consumers’ attitudes toward spending, which indirectly influence demand for logistics and distribution buildings, have begun to improve, CoStar managing director and senior economist Abby Corbett said in a new state of the market video.

Warehouse lease deals have gradually increased since the middle of April, and during the week that concluded May 23, more than 500 new leases were signed totaling nearly 13 million square feet, which is in line with the average weekly dealmaking collected throughout 2019, Corbett said.

Once again, e-commerce, medical, pharmaceutical and logistics operators such BMS Logistics led the charge. Amazon, among the most prolific users of industrial space before and during the coronavirus pandemic, signed a massive deal for 2.85 million square feet in Erlanger, Kentucky, near Cincinnati-Northern Kentucky International Airport.

Meanwhile, CoStar has detected a major shift in construction from industrial projects built for specific tenants to warehouses built on speculation without signed tenants, Corbett said. Some industrial hubs such as Philadelphia and Pennsylvania’s Lehigh Valley are seeing some problems with leasing up of new buildings.

“Tenants looking for modern space have far more options than they did just two or three years ago,” Corbett said. “Over 600,000 square feet of space with 30-foot clear heights is now available, compared to just 400,000 square feet in 2018.”