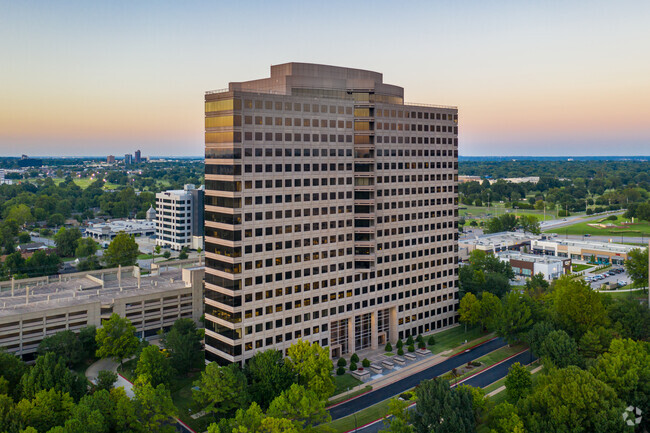 Owner, Gemini Rosemont Capital Management out of California, has put one of the largest office complexes in Tulsa, Oklahoma, on the market, potentially setting up one of the larger office sales in the state in recent years.

The Los Angeles real estate investor listed the two-tower complex that totals 970,175 square feet at 6100 and 6120 S. Yale Ave. in south Tulsa. The portfolio is being marketed without an asking price.

At 73% leased, the complex is being promoted as a value-add opportunity with best-in-class office space in a desirable location. Current tenants at Warren Place include Trust Company Oklahoma, Stan Johnson Co., Collins Aerospace, Hub International, Linde North America and Garver, an engineering and architectural firm that signed one of Tulsa’s largest office deals in the fourth quarter with its lease at One Warren.

“Warren Place has all the requisite attributes of a trophy asset and is one of the most attractive value-add investment opportunities available in the Tulsa market.”

Gemini Rosemont has owned Warren Place since 2012 when it acquired the complex from Parmenter Real Estate Partners. Parmenter, a Florida Investment Firm, paid $75.5 million to acquire the leasehold interest in the buildings from Warren Place’s original developer, MetLife, in 2005.

Developed in the mid-1980s, Warren Place One and Two are located less than 20 minutes from the central business district at the high-profile intersection of Yale Avenue and 61st Street. The properties sit 15 minutes from Tulsa’s affluent Midtown neighborhoods and five minutes from the Southern Hills Country Club, an acclaimed private country club and golf course set to host the 2021 Senior PGA Championship and the 2022 PGA Championship.