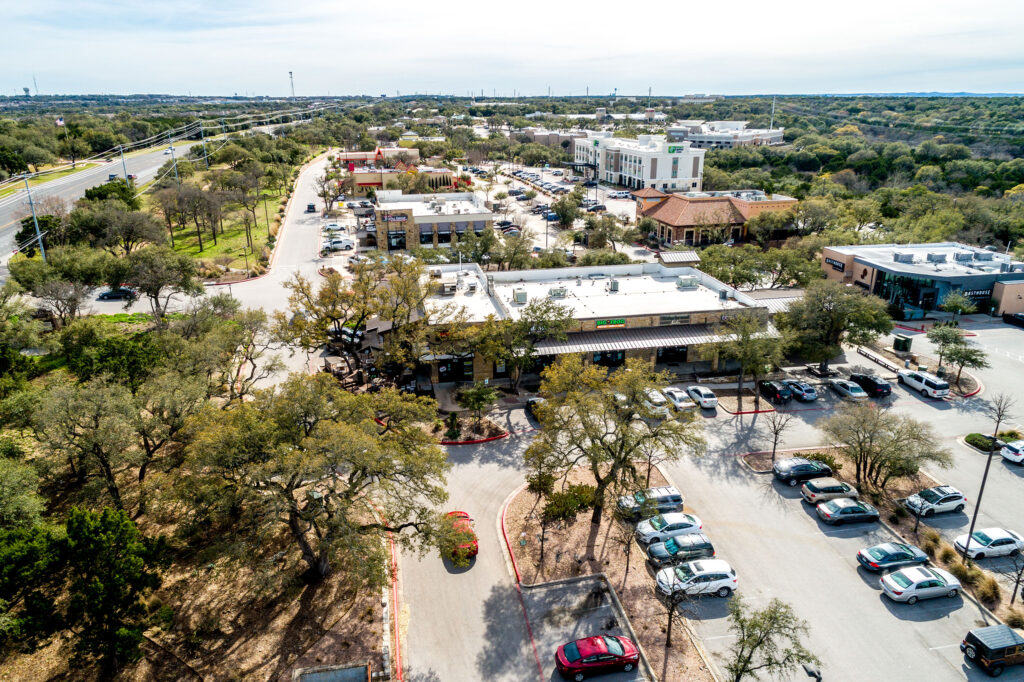 Andrew Pappas and his team at the investment arm of NAI Partners thought they had a great deal to buy a highly trafficked retail center in a busy corridor in one of the hottest real estate markets in the country. The only problem? Most banks wouldn’t touch it.

Some lenders wouldn’t even return their calls. The pandemic spooked most banks away from offering financing for retail properties when thousands of restaurants and shops were closing and dozens of retailers were declaring bankruptcy across the United States.

But Pappas’ team stayed committed. After all, the property was in Austin, Texas, considered one of the hottest commercial real estate markets in the country. And it was in a fast-growing part of the city filled with high-profile tenants. His team eventually closed on the deal for several buildings at the Trails at 620 complex at 8300 N. Farm to Market Road 620 in Austin and is under contract to buy another retail center in San Antonio.

“There are certain people that think or thought that we were crazy pursuing retail assets in the middle of COVID. Everyone was just scared and did not want to finance or touch any retail. And we stayed very bullish on retail long term, bullish on Austin long term, and we saw it as a really attractive opportunity,” said Pappas, head of Partners Capital, the recently rebranded investment division of NAI Partners.

The Trails at 620 sale is notable given that retail sales volume has slowed during the pandemic, mirroring trends seen in earlier recessions, according to CoStar analysts. In Austin, at least $54.4 million of publicly known retail properties traded hands in the third quarter this year, which is an improvement from the $35 million in deals closed in the second quarter but still down from the $131 million of deals closed in the first quarter.

Pappas said his team leveraged its existing relationships with Peyton Jones and his team at Veritex Community Bank in Houston to secure financing on the Trails at 620 deal with JLL’s Drew Fuller assisting.

Initially, Jones reacted to Pappas’ inquiries with a heavy dose of skepticism.

“Honestly, the first time we spoke, I told him, ‘There is no way right now we are going to get anything retail done because of the stigma with it. It’s almost like a four-letter word right now,'” said Jones, managing director of commercial real estate at Veritex.

But the two kept talking. They had closed several deals together in the past, so Jones kept an open mind, he said. Partners Capital proceeded to dive into research on the property, interviewing every tenant and providing Veritex with in-depth details and information about the property’s past performances and how the value of its location in a hard-to-develop area makes it more marketable.

Partners Capital captured a relatively affordable price and put down enough equity on the property so the project could generate enough cash flow to cover the cost of debt and interest payments even with only modest occupancy levels, Jones noted. Partners Capital put down 40% equity, according to Pappas. The fact that the property could cover its costs with just a 64% occupancy level meant that there was a lot of potential to generate even more income if Partners Capital could fill up more of the buildings, Jones noted.

Jones also said that Partners Capital and NAI Partners have a reputation of running properties efficiently so an expectation of cost savings could also be achieved. The fact that Partners Capital’s owners individually invest in the funds they manage is another vote of confidence in the firm’s deals, he said.

“It’s one of those situation where the more you looked at it, there was almost no way to pass on it because they provided all the information that was really needed and showed it was a sound decision and that they were getting in a low basis and the deal had a lot of upside,” Jones said.

Similar dynamics also helped Veritex get more comfortable with providing financing on another retail deal for Partners Capital, the 25,000-square-foot retail property under contract in North Central San Antonio, Jones said. In both value-add deals, Partners Capital will only have to pay interest for the first three years to give the firm time to lease up more space, refresh the marketing on the properties and implement a plan to make them boost revenue.

Vertiex, a community bank that focuses on real estate deals with a Texas connection, doesn’t expect to close a lot of retail deals during the pandemic, Jones said, but the bank doesn’t write off any asset class completely.

Pappas agrees investors should not write off retail completely even during the pandemic. Trails at 620 has some ingredients for a success: It is home to some high-profile tenants such as Freebirds World Burrito, MattressFirm, AT&T and Summer Moon Coffee, whose buildings were all included in the deal. Other owners in the same shopping center include Moviehouse & Eatery, Holiday Inn, Whataburger, Flores Mexican Restaurant and Austin Regional Clinic.

The deal includes seven of the 17 buildings in the complex spanning 69,037 square feet and 15 acres, plus the common areas of the retail center, while the remaining buildings are owned by the occupiers under a condominium agreement, Pappas said. The Houston team bought the assets from Hodges Trail at 620 LLC, according to Travis County deed records.

“When it comes to retail, especially service-oriented retail, where you’ve got your nail salon and your workout shops and your coffee shops and your brick-and-mortar destination businesses, people need this” and the demand is there, he said.

Trails at 620 was also attractive because of its position in a highly trafficked area on FM 620 between FM 2222 and Anderson Mill Road. That corridor sees about 37,000 cars passing through daily, Pappas said. The retail center also serves several residential neighborhoods nearby as well as Concordia University.

Trails at 620 is the fourth acquisition in Fund III for Partners Capital, with an additional acquisition closing in roughly two weeks for an undisclosed retail asset in San Antonio. In May, Fund III also closed on a deal to buy a 250,000-square-foot flex industrial property, previously called Avera Commerce Center, in Stafford, Texas, outside of Houston.

Since NAI Partners launched the investment division in 2017, the subsidiary has grown to encompass 400 tenants spread across 1.2 million square feet of retail, industrial and office space. Partners Capital has closed about $165 million of deals in the past three years. So far, each fund the company launched has exponentially grown in scale with more equity and assets raised, Pappas noted.

Beyond the growth of its investment subsidiary, NAI Partners has continued to grow its team in Texas with two new recent partners in Houston and a new investment sales team in Austin and in Houston.