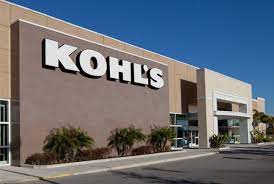 Kohl’s (NYSE: KSS) said late Monday that it had entered into a three-week exclusive negotiation period for a potential sale with Franchise Group (NYSE: FRG), a holding company which owns The Vitamin Shoppe and other retail brands.

Franchise Group has proposed to buy Kohl’s for $60 a share. Kohl’s stock closed at $42.12 on Monday and rose 10% during early trading Tuesday on the news.

The deal would value Kohl’s at around $8 billion, about 5 times more than it was worth last week.

The department store has drawn the attention of an activist investor and an array of bidders. A sale would end a grinding, year-long saga between Kohl’s and some Wall Street investors over the company’s future.

What’s going on at Kohl’s?

With more than 1,100 US stores and around $19 billion in annual sales, Kohl’s is the largest department store chain in the United States.

But the entire department store sector has been in structural decline for years against pressure from Amazon, growing big-box chains that include Walmart(WMT) and Target(TGT) and discount clothing stores like TJMaxx. Companies such as Sears, JCPenney, Neiman Marcus, Barney’s and others have filed for bankruptcy in recent years.

Department stores including Kohl’s have been undercut on prices by discount players from the bottom, and prestige by luxury stores at the top.

The company has attempted a handful of approaches to draw in customers and stave off competitors, but the strategies have not led to major improvements at Kohl’s.