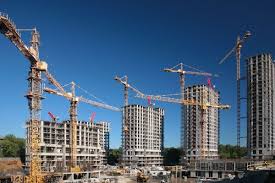 Around 400,000 Square Feet of Office Space Expected to Complete Construction This Year

Coming off of one of the strongest years of office development activity, Oklahoma City is set to receive less completed projects over 2019 and 2020, as developers have been shying away from building speculative office properties.

In 2018, more than 1 million square feet of office space was built in Oklahoma City. Last year’s totals were driven by the January completion of BOK Park Plaza, a 663,294-square-foot office tower in downtown Oklahoma City that was developed by Hines. The Houston-based firm was also behind the 1.8 million-square-foot Devon Tower, which helped Oklahoma City see a cycle-high level of completed office projects in 2012.

Looking ahead at the projected totals for 2019 and 2020, close to 400,000 square feet of office space is set to be completed in both years, roughly half of the average for the cycle (940,000 square feet) and less than all the supply that came to market in 2018 combined.

Aside from the BOK Park Plaza, office construction in Oklahoma City has slowed since the downturn in the economy due to the drop in oil prices in 2014 and 2015. Energy companies continue to rightsize to become more efficient, which has led to consolidations. As a result, developers tend to shy away from speculative development, which in turn has led to less development.

But despite the projected decrease in office construction activity, there are still a few projects that will have a strong impact on Oklahoma City’s commercial real estate market, as well as the local economy.One example is the Monarch building, which is expected to finish construction by the middle of the year in Midtown. The 54,000-square-foot development is fully leased, with advertising agency Ackerman McQueen anticipated to occupy the majority of the space, as it relocates from the Valiance Tower.

Ackerman is not the only company moving to new construction in the downtown. Heartland Payment Systems is building a new 100,000-square-foot office in Automobile Alley at 606 N Broadway Ave. for its new headquarters. The payment processing firm is expected to bring hundreds of jobs to the area over the next several years. Construction on the headquarters building began late last year, and it is set to be completed in mid-2020.

Also projected to be completed in 2020 is the Dolese Bros. new headquarters, which is moving out of Automobile Alley into north Oklahoma City. This new facility will include about 60,000 square on a 52 acre mixed-used development including office, retail and apartments.

Even with annual completions slowing over the next several years, companies are still interested in the Oklahoma City office market. Newly built offices have continued to lease well, and as of April, availability in properties under construction is less than 25%.