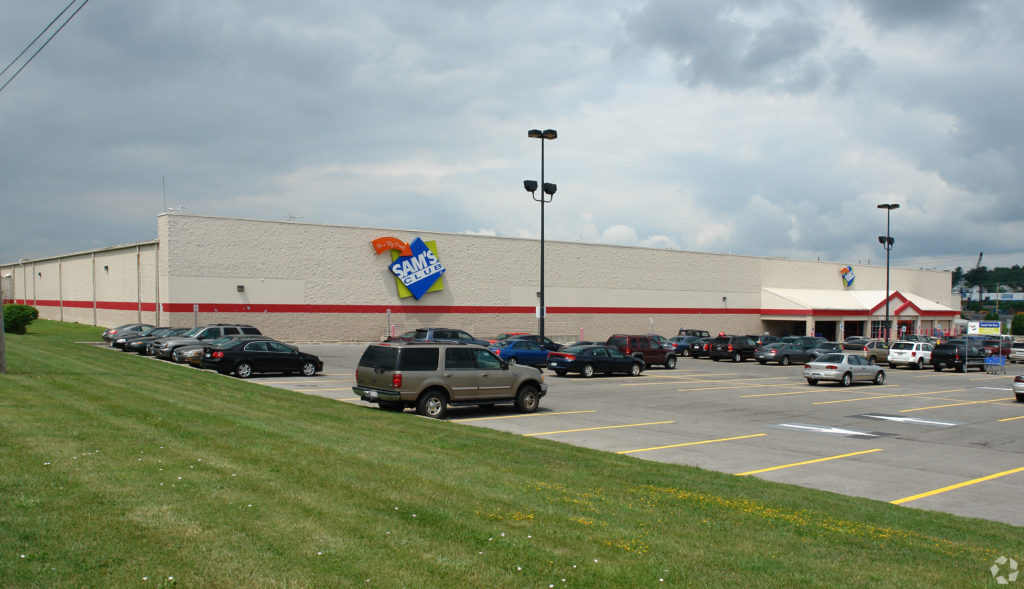 Chalk up another new use for empty big-box retail space, with Hampshire Cos. planning to convert a vacant Sam’s Club in Syracuse, New York, into a self-storage facility.

The Morristown, New Jersey-based real estate developer, with partner Circle Squared Alternative Investments, will remake the 135,000-square-foot former big-box store at 2649 Erie Blvd. E. Hampshire acquired that property and a 21,600-square-foot former car dealership at 2601 Erie Blvd. E for $5.6 million in May from Arkansas retail giant Walmart, the owner of Sam’s Club, according to CoStar data.

The planned 860-unit modern self-storage facility will be the first one managed by CubeSmart for Hampshire. Construction is scheduled to begin later this summer.

“The ongoing decline of big-box retailers across the nation has put many retail owners in a difficult spot as they are being left with vacant large retail properties that can be virtually impossible to lease up,” Hampshire President and CEO James E. Hanson II said in a statement. “This project stands out as an example of our team’s ability to see these types of properties through a different lens. Applying our decades of development and redevelopment experience, we are able to find alternative usages for vacant buildings like this to bring first-class, institutional quality self-storage assets to underserved markets across the Northeast.”

Hampshire has become an active player in the fast-growing self-storage commercial real estate sector, both inside and outside the Garden State, and the Sam’s Club isn’t the first property that it has reimagined as a self-storage facility.

Hampshire has built a portfolio of self-storage facilities along the East Coast, developing or repositioning 35 such properties with an aggregate value of over $438 million since 2012, according to a statement the company. Hampshire is continuing to add to its portfolio with 11 self-storage development projects currently underway aggregating $237 million of investment, and it is targeting another 11 projects with an aggregate value of $190 million in the pipeline, it said. In Elizabeth, New Jersey, Hampshire is converting a former armory into a self-storage building.

Syracuse, with more than 140,000 residents, has the right population density and high barrier-to-entry that Hampshire said it looks for when seeking out potential self-storage development and redevelopment markets. In Syracuse’s case, it has older self-storage properties and an undersupply of institutional quality facilities, according to the company.