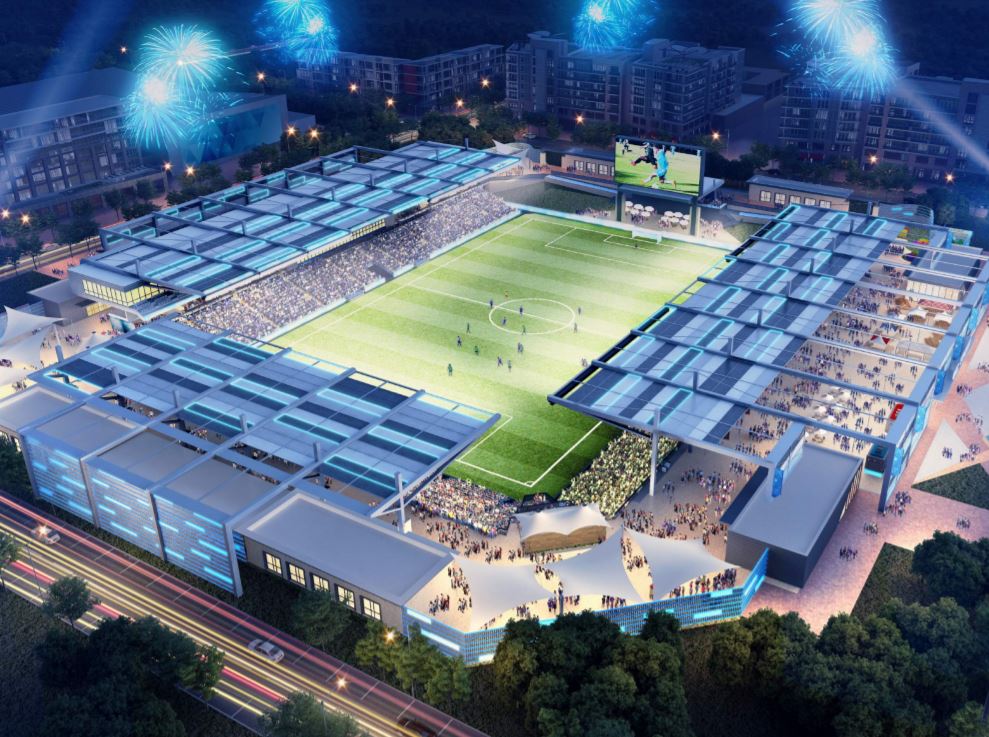 A new multipurpose stadium and an innovation district could be among the latest proposed projects coming to Oklahoma City via its Metropolitan Area Projects public enhancement program, which has already brought in more than $1.8 billion in capital investments since its inception.

Many development proposals for the program’s fourth stage, known as MAPS 4, were recently presented to the City Council, including a multipurpose stadium that would host Oklahoma City’s professional soccer team, Energy FC, and a mixed-use project that would include research lab and office space, coworking space, hotel, retail, and residential development.

The projects are likely to be funded through the one-cent sales tax model, which financed the developments in the previous MAPS stage, MAPS 3, such as the OKC Streetcar, a convention center and Scissortail Park. MAPS 4 is estimated to raise about $900 million over the next seven to eight years, the largest budget of any MAPS program.

The proposed multipurpose stadium would be located in the downtown neighborhood of Bricktown, and would cost anywhere from $37 million to $72 million, depending on the size and capacity of the facility. This stadium could also accommodate other professional rugby and lacrosse leagues, and could host concerts and festivals. The estimated annual economic impact of this project could be upwards of $60 million to $80 million, city officials say.

An additional development that could arise via MAPS 4 is the Oklahoma City Innovation District. This plan would be focused around Stiles Park and the Beacon of Hope. While the first phase of the development would likely encompass about 270,000-square-feet, the total project could be as big as 1 million square feet. Other projects within this proposal call for renovations and upgrades to the Henrietta B Foster Center and the Booker T. Washington Park. In total, the funding for the Innovation District is about $100 million. The proposal is estimated to create 6,600 permanent jobs over the next 10 years, with a projected annual economic impact of about $1.2 billion.

The election for MAPS 4, and approval of these projects, will likely not take place until December 2019, according to local media outlets.