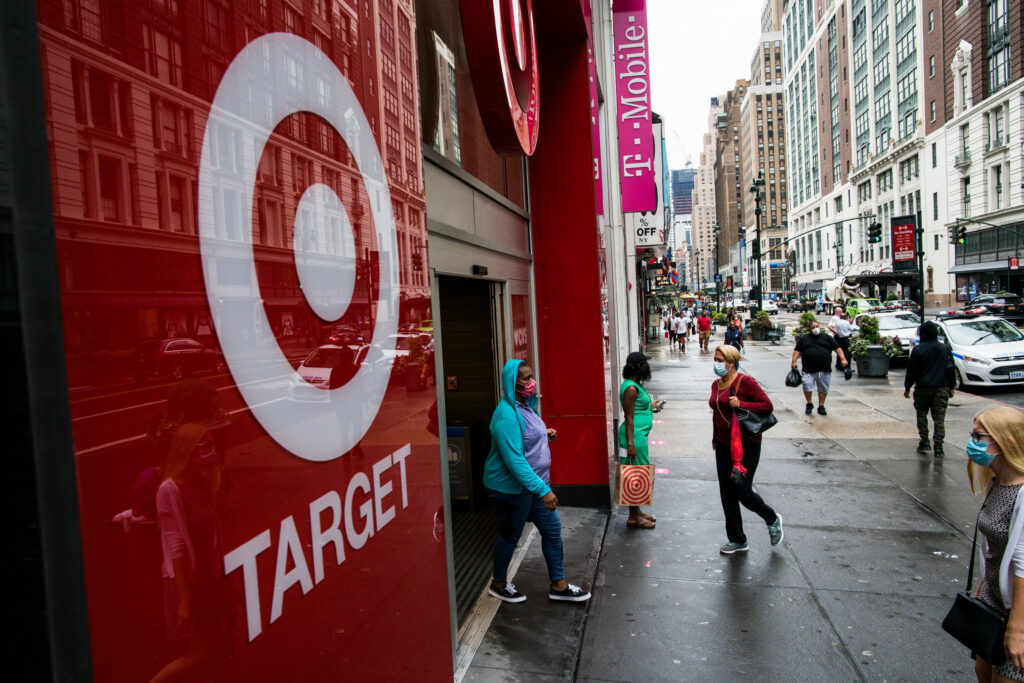 Target to Ramp Up Store Construction Next Year

Hefty Earnings, Helped by Retail Store Fulfillment, May Lead to Increase in Building

Target Corp. plans to start going full-throttle on store construction in the new year, after taking a brief pause when the pandemic hit.

Executives at the Minneapolis-based retailer on Wednesday reported a third consecutive quarter of double- or triple-digit growth by almost every metric, and said the company hopes to build on the momentum by further expanding its physical reach.

“Altogether, between same-day services and packages shipped to our guests, about 75% of our third quarter digital sales were fulfilled by our stores,” CEO Brian Cornell told analysts on a call. “And of course, if you add that on to our conventional store sales of more than $18 billion, you can see that more than 95% of our total third-quarter sales were fulfilled by our stores.”

When COVID-19 struck, Target initially hit the brakes on its building schedule, but cautiously resumed construction projects in the second quarter with a more modest timeline in mind. In the end the company got closer to its pre-coronavirus goals than it anticipated, with 30 stores opening since the fiscal year started. Of those, 29 were small format models. The company now has 1,897 store locations, compared to 1,868 on Feb. 1.

This year “has been our biggest year ever for small format store openings,” John Mulligan, chief operating officer, told analysts on a call Wednesday.

He said the company expects to open 30 to 35 new small format stores next year, but could open as many as 40.

In dollars and cents, Target CFO Michael Fiddelke said that at the close of 2020 Target will probably have spent $2.5 billion to $3 billion on capital improvements, rather than the $3.5 billion budgeted before the outbreak began.

It said it has spent about $2.01 billion on capital improvements over the past three quarters of 2020, a total that is not so far off from the $2.4 billion it spent by the same time in 2019.

Executives said during a call for analysts and investors that over 2021, Target expects to spend a substantial amount on capital improvements, but stressed that their network had enough capacity as-is to handle the increases it has seen in sales and market share.

To raise the necessary capital for expansion, Target has lifted its share repurchase suspension, announced on March 25 when the pandemic began, and said it will probably resume share repurchases in 2021. The company has about $4.5 billion of remaining capacity under the repurchase program approved by Target’s Board of Directors in September last year.

Target executives noted that the capital expenses planned are not expected to cut into Target’s profitability. By comparison, e-retailer Amazon, which has only a fraction of physical stores that Target does, has poured a prodigious amount of money into expanding its supply chain and store footprint at the expense of short-term profit gains, in a bid for dominance of digital-oriented retail.

Part of the reason that Target has not had to spend as much as Amazon is that it already had an ample real-world presence, and made its bricks-and-mortar stores the focal point of its burgeoning e-commerce business. Target emphasized customer pick-ups, though it also offers home delivery, and used its stores double as fulfillment centers, thus eliminating the need for building or leasing an industrial space for the purpose.

At the same time, more digital orders than ever are passed from the retailer to the consumer in the store itself: 95% of Target’s third-quarter sales were fulfilled by its stores, an increase over the second quarter, when store fulfilled about 90% of the total sales.

Nevertheless, Target is taking a page from Amazon’s strategy, which has increasingly been scouting for industrial real estate that is smaller — 200,000 square feet or less — and in dense, well-connected urban areas.

The company is experimenting with the idea of adding modest-size centers for sorting orders into its supply chain to increase efficiency.

These centers would be used to do the large-scale staging necessary to fulfilling a digital order, which would free up back-room space at their stores and speed up sales flow overall.

Target has launched a pilot center in Minneapolis. If it jibes well with Target’s existing model, the company may add more such centers to its capital spending program in 2021, though executives noted that Target has been able to meaningfully improve efficiency through less costly means, like the use of new logistics software and spacial reorganization of its store floor plans.