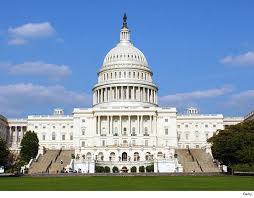 Capital gains tax reform may be coming. Here’s what Republicans and Democrats want.

Capital gains were largely unaffected by federal income-tax reform a couple of years ago, but recent rumblings suggest they could be put into play sooner or later.

Capital gains are the profits that people earn on stocks, bonds, housing and other types of investments. In essence, if you sell an asset for more than you paid, you have a gain, although the tax treatment is a bit more complicated than that.

Proposals from members of the two main political parties could make things more complex and politicized.

Some Republicans would like to see capital gains indexed to inflation, which would mean people pay taxes on a smaller portion of their gains. Some Democrats want to see wealthy investors pay higher tax rates on capital gains, and sooner.

Reaching a political consensus on an issue as contentious as capital gains seems unlikely. But these and other proposals could figure prominently as the presidential campaigns gear up in the months ahead.

Capital-gains taxes have a clear political undertone, as rich people own more investments that are subject to them.

“Like the estate tax, this is often viewed as a tax on the wealthy,” said Mark Luscombe, a principal analyst at researcher Wolters Kluwer. “It tends to incite tax-warfare disputes between the two parties.”

Capital gains apply on stocks, housing and other assets, and profits from these investments are taxed at lower rates than salary income. Capital-gain rates range from 0% for low-income individuals to 20% for higher earners with taxable income above $434,550 (singles) or $488,850 (married couples). But most people pay 15%.

The above description doesn’t tell the whole story.

The current rates of 0%, 15% and 20% apply only to long-term gains, on investments owned for at least one year and a day. If you held a stock, bond or other asset for less than that, any profit would be taxed as ordinary income like wages, at higher rates.

All this can get tricky, especially if you have a lot of investments. Thankfully, brokerages and other investment companies typically will crunch the numbers for you.

If your losses exceed your gains, you have a capital loss. You can deduct up to $3,000 in losses in any year against ordinary income, with the ability to carry forward unused amounts. This is why investment advisers talk so much about tax-loss “harvesting” near year-end, especially with stocks. The idea is to sell your losers to lock in deductible losses and hang onto your winners to delay those taxes to future years.

Given that regular income is taxed at higher rates, capital gains are a bargain — and a big one. Americans reported $600 billion of gains subject to the lower long-term rates in 2016, the most recent year for which the Internal Revenue Service has released data. That’s in addition to $200 billion in “qualified” dividends also taxed at capital-gain rates.

What Republicans want to do

Ideas being discussed by politicians could reshape capital-gain policies considerably. Many Republicans like the idea of linking capital-gain taxes to inflation so that investors could lower their tax.

Here’s how that would work: Suppose you invested $5,000 in the stock market at the end of 2000 and that stake is now worth $8,000. Under current law, your would owe tax on the $3,000 difference, noted the Tax Foundation in a recent analysis. But because $5,000 back then really is the equivalent of about $7,200 today, owing to inflation, the adjusted gain would be closer to $800.

That would be your taxable gain under proposals such as H.R. 6444, advanced last year by Rep. Devin Nunes, R-Calif.

On balance, a proposal such as this could cut into federal tax collections by lowering the amount of capital gains subject to tax. However, it also might unlock additional revenue through increased selling as investors — no longer sitting on such large paper gains — might be more ready to cash out.

Some Republicans want President Trump to try pushing through the inflation-indexing idea without awaiting action by Congress.

Democrats have their own proposals that would undercut the tax-sheltering benefits of capital gains. A plan by Sen. Ron Wyden, D-Ore., who heads the Senate Finance Committee, would tax gains the same as ordinary income for the wealthiest Americans and require them to pay taxes on unrealized gains each year.

This idea also could be complex, partly because it could be difficult to value unrealized gains prior to sale. “How do you apply it to a piece of artwork, a building or privately held stock?” Steffen asked.

Wyden’s proposal would apply to fewer than 1% of the richest Americans. It also would exempt gains from the sale of primary homes and investments held in 401(k)-style accounts. The plan could free up more tax revenue if wealthy investors had to pay taxes on accrued taxes each year.

Under current law, capital-gain taxes aren’t due until you sell an investment. In fact, people still holding assets at death can avoid taxes entirely, as the accrued tax liability gets wiped out through what’s known as a “step up” or increase in the “basis” or untaxed value of an investment.

In other words, when someone dies and leaves property to a beneficiary, an asset’s basis gets increased to its current market worth, which eliminates any lingering capital-gain liability.

Another plan, championed by Democratic presidential candidate Joe Biden, would increase the top rate on long-term gains to 39.6% for people earning at least $1 million annually. It also would end the basis step-up tax break for these individuals.

Other rates apply to other assets

Capital-gain reform, assuming it were to pass, might not pertain to all assets, some of which already operate under different rules. For example, artwork, coins and other collectibles currently are taxed at a top 28% capital-gain rate.

“These are often viewed as nonproductive assets that don’t grow the economy and create jobs,” said Luscombe, explaining why the tax on collectibles is higher.

Owner-occupied housing is another exception. A large chunk of housing gains can be excluded from taxation — up to $250,000 for single homeowners and $500,000 for married couples.

In addition, the one-year capital-gain holding period for other assets doesn’t apply to owner-occupied housing. Rather, you need to have owned the property, and occupied it, for at least two of the five years before you eventually sell. The flip side to this favorable treatment on homes is that you can’t deduct a loss.

The homeowner provisions, like capital-gain rates in general, weren’t affected by tax reform in late 2017. But they too might be up for discussion in the unlikely event that overall capital-gain rules get a face-lift.