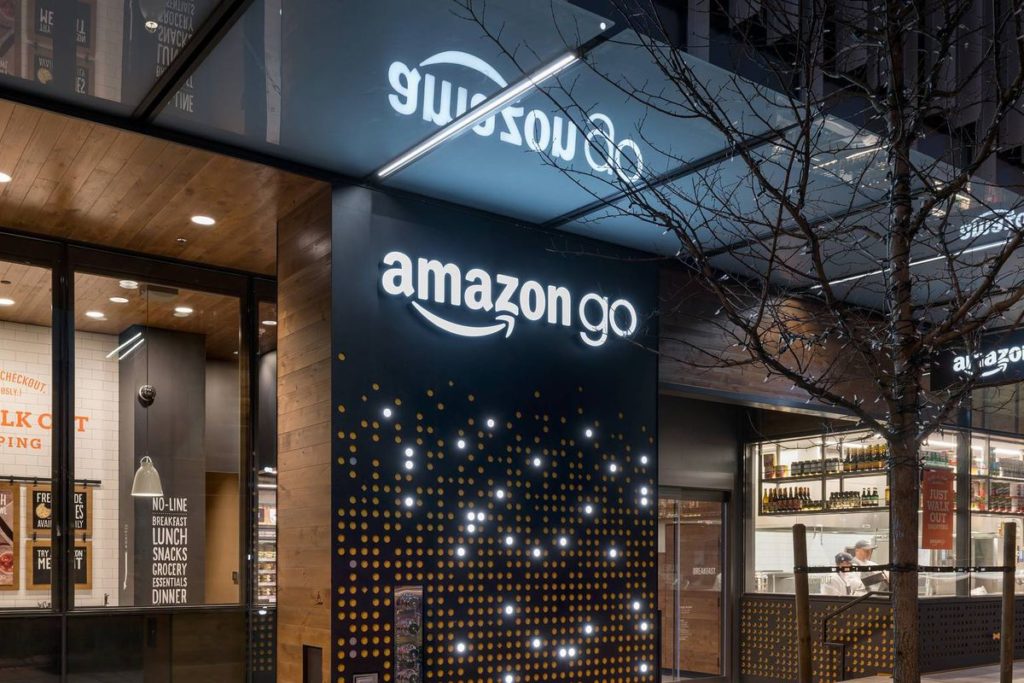 Online retailer Amazon has reportedly signed leases to open grocery stores in major cities such as Los Angeles, Chicago and Philadelphia and could expand its cashierless Amazon Go outlets to movie theaters and ballparks to try to attract more customers.

The moves could give Amazon a stronger presence in a realm where it’s previously had limited success on the online delivery side, with sales of fresh foods and other groceries, while serving consumers who are away from home but hyper-focused on fast, convenient transactions, especially in cities.

“I wouldn’t be surprised if Amazon carpet-bombed places like Southern California with these stores, and did quite well with them,” said Christopher Maling, principal in the downtown Los Angeles office of brokerage Avison Young, who handles retail transactions but is not involved in Amazon’s recent deals.

The Wall Street Journal, citing sources familiar with the situation, reported that the Seattle-based firm is charging ahead on plans to open small-format grocery stores, signing leases in major markets, with dozens of locations planned nationwide.

CNBC reported that Amazon was in talks to put its cashierless Go convenience stores, operating in 16 locations in a few cities, into concession stands. The move follows discussions that were underway with operators of major U.S. airports.

The first Southern California grocery store leases, which are among more than a dozen reportedly planned nationally, have been completed in suburban areas of Los Angeles, including Woodland Hills and Studio City in the San Fernando Valley, and the city of Irvine in neighboring Orange County.

The company hasn’t disclosed how big the grocery stores will typically be and how they might be integrated with the e-commerce giant’s other products and online services but a former Toys R Us store at 6245 Topanga Canyon Blvd. in the Woodland Hills area of L.A.’s San Fernando Valley is reportedly among the locations for the new Amazon grocery concept. The 33,500-square-foot building, owned by Paragon Commercial Group, is being converted into a space appropriate for a supermarket, according to city planning documents.

Speculation that Amazon may be considering creating a new physical grocery chain sent concern through the retail world earlier this year. The company already serves the upscale market with its Whole Foods chain and online delivery customers with its food-delivery service Amazon Fresh, but it hasn’t gained a significant foothold in the larger grocery market. While another chain of stores may help reach that goal, breaking into one of the largest sectors of the American economy could take considerable time and resources, say executives familiar with the grocery industry.

While all types of brick-and-mortar retailers have come to be wary of Amazon and its willingness to spend furiously to grow its scale, the extremely fragmented and low-margin grocery industry has long remained a weak spot compared with other segments the e-commerce company has conquered. Multiple nationwide consumer surveys over the years have confirmed that’s largely because there are many items that shoppers still prefer to buy in-store, such as meats, fresh produce and temperature-sensitive goods like ice cream.

Grocery chains such as Publix, Giant Food, Meijer and Aldi are opening new stores, some with smaller formats, as department and specialty store chains such as Sears shut locations. In 2008, nearly 5,000 store closings were announced, according to consumer expert and radio host Clark Howard. Whole Foods Market was considering converting all its 365 locations, which are smaller and less expensive than a standard store, to Whole Foods outlets earlier this year.

The Amazon grocery concept is separate from the company’s upscale Whole Foods Market chain, which has a limited nationwide footprint but has struggled to make inroads in the extremely fragmented grocery industry. The new grocery stores are expected to serve more mainstream products including Oreos and Coca-Cola, which are outside the realm of the health-conscious Whole Foods products, according to the Wall Street Journal. It’s unclear whether the stores will offer cashierless check-out.

But such as store could help Amazon compete its against largest rival, Walmart. That retailer, with its thousands of physical stores, led all grocery contenders with 26% of the $800 billion U.S. grocery market in 2017, including in-store and online sales, compared with 1.6% for Whole Foods, which has about 500 locations, according to research firm Statista.

The smaller size of the planned Go stores, shaping up in many locations to be between 1,500 and 2,500 square feet, gives Amazon options to open them in places like popular urban hubs where retail space is at a premium, as well as locations like airports, ballparks and movie theaters where limited spaces are given over to third parties but which have hordes of captive customers, he said.

Maling said time-pressed customers in those non-retail venues don’t want to miss their flight, show or big portions of the game, so cashierless sites make most sense. However, he said the stores being planned nationwide will probably be a combination of two concepts previously announced or rolled out by Amazon, the completely cashierless store that uses scanners to allow customers to charge items automatically to their Amazon account; and the less-discussed larger convenience store concept, more closely resembling a 7-Eleven and other small-format grocery stores, that would have stations or sections devoted to cashierless purchases, previously reported in development in Amazon’s hometown of Seattle and other cities.

Maling said Amazon has come to realize, following some public protests, that stores only catering to cashier-free purchases could be seen to discriminate against many consumers who use only cash to pay for food and don’t have Amazon accounts or bank-linked credit or debit cards. At the same time, many of these consumers will want fresher, healthier foods likely to be among those sold by Amazon stores, and often unavailable in other nearby stores in urban areas.

“They recognize the need to reach out to customers who are maybe younger and older or just outside that central demographic that makes a lot of use of technology to pay for things,” Maling said. He added he would not be surprised to see Amazon open more of its upcoming convenience stores in more urban areas like downtown Los Angeles, which is becoming increasingly active with new apartments and other commercial elements creating foot traffic seven days a week.

The convenience store industry is extremely competitive, led by chains such as Dallas-based 7-Eleven, but has seen gradual sales growth in recent years through changes in product offerings. For instance, 7-Eleven itself has recently moved to boost in-store technologies and offer more upscale and healthy food and drink options.

“The small size and accessibility of convenience stores enable operators to adapt to changing environments and consumer preferences, making them more resilient than supermarkets and other food retailers,” said a report issued earlier this year by industry research firm IBISWorld.

“Industry operators have increasingly shifted product mixes to include food service products that are more profitable than items like cigarettes and have focused more on satisfying demand for quick and easy meal options,” the report said, noting U.S. convenience stores have registered annual revenue growth of around 2% over the past five years and are on track to top $31 billion in 2019 sales.