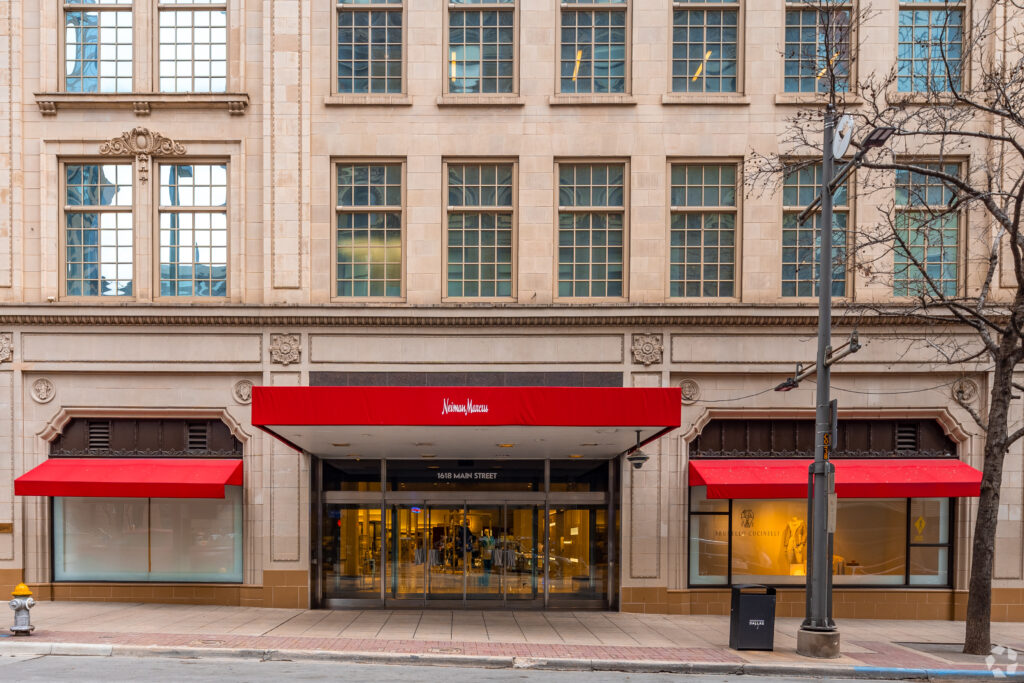 Municipalities around the country have been offering incentives to lure companies to set up headquarters within their boundaries, sometimes trying to draw businesses from another part of the United States. Now, in Dallas, incentives are being offered to get a longtime local corporate icon to stay put, rather than join other companies meandering to the suburbs,

Luxury retailer Neiman Marcus is now the recipient of $5.25 million of economic incentives should the retailer agree to employ at least 1,400 workers in Dallas and keep its flagship store in the downtown of the city where it started more than a century ago.

The City Council voted 7-6 to provide a Chapter 380 grant totaling $5 million tied to retaining a minimum of 1,100 jobs and creating at least 300 jobs, and it approved up to $250,000 of reimbursements for expedited permitting and other city-related fees. Neiman Marcus didn’t respond immediately Wednesday to an emailed request from CoStar News to comment, but a spokeswoman said, in a statement this week, the retailer was “exploring” undisclosed options for “corporate hubs.”

Neiman Marcus has been designing its new headquarters around a hybrid workforce after drastically reducing its office footprint in Dallas and reorganizing its business, officials said earlier this year.

The move has national significance because retailer’s predecessor was the first major department store to file for Chapter 11 bankruptcy protection in 2020 during the pandemic and exited the proceedings later that year with a smaller retail footprint, less debt and new owners. The retailer has focused on expanding its global digital runway.

If Neiman Marcus decides to stay in Dallas, taking officials up on its economic incentive offer, it could mean Dallas would keep its retail icon that has not only offered a haven of shopping in the central business district, but it also symbolically keeps a global brand in the city, said King White, president and CEO of Dallas-based Site Selection Group, who specializes in helping companies consider economic incentives tied to locating their businesses.

“Neiman Marcus keeping a downtown presence means a lot to the city,” White told CoStar News. “This also brings their headquarters more in line with Uptown and all the amenities there while also giving its employees easy access to the building.”

Companies including online retailer Amazon and electric car maker Tesla had hunted around the country in highly visible fashion in recent years for locations to put a significant corporate presence, with municipalities vying with each other to offer incentives for the companies to set up shop in a process that critics have argued isn’t worth the expense to local residents.

In Amazon’s case, it selected Long Island City in New York in late 2018 for its second headquarters, or so-called HQ2, only to scrap its plans in February 2019 after local officials and residents found out that the company that had reached at points $1 trillion in stock market value had received millions in tax breaks and they protested.

And in Dallas, the incentives certainly weren’t an overwhelmingly popular idea, as the closeness of the city council vote attests. The fight to keep businesses from fleeing to more prosperous suburbs with lower-cost real estate isn’t unusual among big U.S. cities, and the number of opponents on the council shows the decision isn’t easy.

But for some cities like Dallas, the desire to keep a longtime business in place can be economically symbolic as well.

Council member Tennell Atkins, who spoke on behalf of approving the proposed incentives Wednesday, said the city needed to extend the economic incentives to keep Neiman Marcus within Dallas city limits, where it has been a longtime part of the business community. He said he would hate to see the city lose another corporate resident to a suburb.

Atkins, a longtime city council member, has reason to be concerned about what the departure could represent about the desirability of Dallas as a corporate site. In recent years companies, including 7-Eleven and Brinker International, the parent company of Chili’s, have departed Dallas in lieu of suburbs — which often have cheaper real estate near residential neighborhoods where employees reside. With those moves to other municipalities, companies take their businesses property and payrolls.

Earlier this month, J.C. Penney, another department store retailer based in the Dallas area, decided to keep its headquarters in the region.

The office building, Cityplace Tower, a 42-story office tower about 2 miles north of downtown Dallas, or its longtime downtown Dallas headquarters, would need to be occupied or leased by April 30, 2023. The office tower was purchased by Highland Capital Management in 2018 and is undergoing a transformation, including the addition of a 223-room InterContinental Hotel.

The transformation of Cityplace Tower likely means the ownership of the tower is geared up to land a new major tenant, White said. According to CoStar data, the office space in the tower is 76% leased.

To qualify for the Chapter 380 economic incentive grant, a state incentive program meant to stimulate commercial or retail activity, Neiman Marcus would need to create the 300 new jobs by the end of 2026, as well as keep its flagship store in downtown Dallas through the compliance period of Dec. 31, 2031.

This specific economic incentive was a smart tool for Neiman Marcus to use given not many businesses qualify for its use outside of those in the retail sector, White said, adding this was “a unique way to approach the incentive process.”