Wendy’s puts up the ‘for sale’ sign as costs rise

Wendy’s may be up for sale.

In a Tuesday filing with the Securities and Exchange Commission, Wendy’s chairman, Nelson Peltz, said that his management fund, Trian Partners, wants to explore a possible sale or merger for the burger chain. Other options to increase shareholder value are also on the table, according to the filing. Wendy’s (WEN) stock popped about 11% Wednesday morning as investors cheered the move by Peltz, who has sought to shake up Wendy’s and other companies in the past. Peltz has been a director at the company since 2008. Before that, starting in late 2005, he launched a campaign against Wendy’s management. Trian is the burger chain’s largest shareholder.

“The Board will carefully review any proposal submitted by Trian Partners,” Wendy’s said in a statement Tuesday, adding, “we remain focused on achieving our vision of becoming the world’s most thriving and beloved restaurant brand.”

Early in the pandemic, Wendy’s was easily beating its rivals at breakfast, a key segment in the highly competitive fast food market. The chain launched its breakfast menu in early March 2020, just before Covid hit US shores, and consumers kept coming back even as morning routines shifted and other chains saw their morning sales dry up.

But breakfast hasn’t been enough to boost sales significantly in recent months. 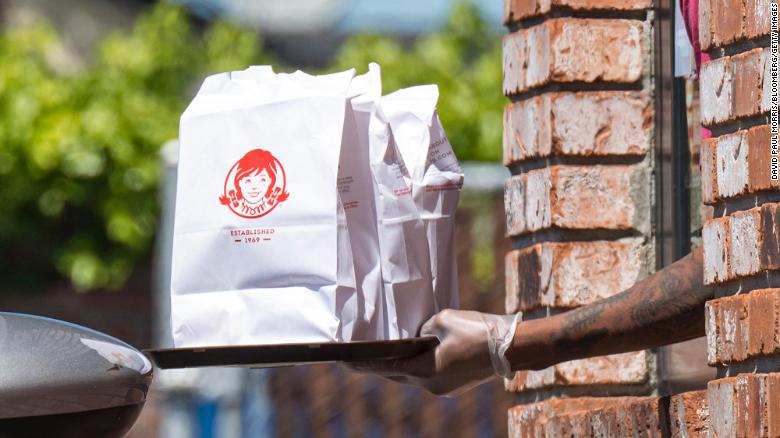 Wendy’s may be up for sale. “The breakfast environment was no doubt challenged across the industry … impacting our full year breakfast sales growth expectations,” said CEO Todd Penegor during an analyst call earlier this month. Still, “we delivered solid results at the breakfast daypart,” Penegor added. Wendy’s increased its share in that mealtime compared to other fast-food burger restaurants, he said. In the first quarter, sales at Wendy’s restaurants open at least a year inched up 1.1%.Wendy’s has also been hit hard by higher commodity and labor costs, and said that its margins have slimmed as a result. And Wendy’s isn’t alone in feeling the heat. “Inflation is being noticed by the consumers,” Penegor said.Though investors may be eager for an acquisition of the company, some warned that it might be a tough sell.”We believe a sale of Wendy’s may not be straightforward,” because of the strength of its competitors, Cowen restaurant analyst Andrew Charles said in a note Tuesday. He added that many of the large restaurant owners already have a burger chain in their portfolio and may not be eager to add another — or go head-to-head against McDonald’s.

Inspire Brands owns Sonic, Restaurant Brands International (QSR) has Burger King in its portfolio, and Yum (YUM) has got Habit Burger Grill, Charles pointed out”Not only is Wendy’s a competing brand, but [Restaurant Brands] and [Yum] are focused on international development and looking to minimize head-to-head competition with McDonald’s, particularly domestically, where 85% of Wendy’s are located,” he wrote.