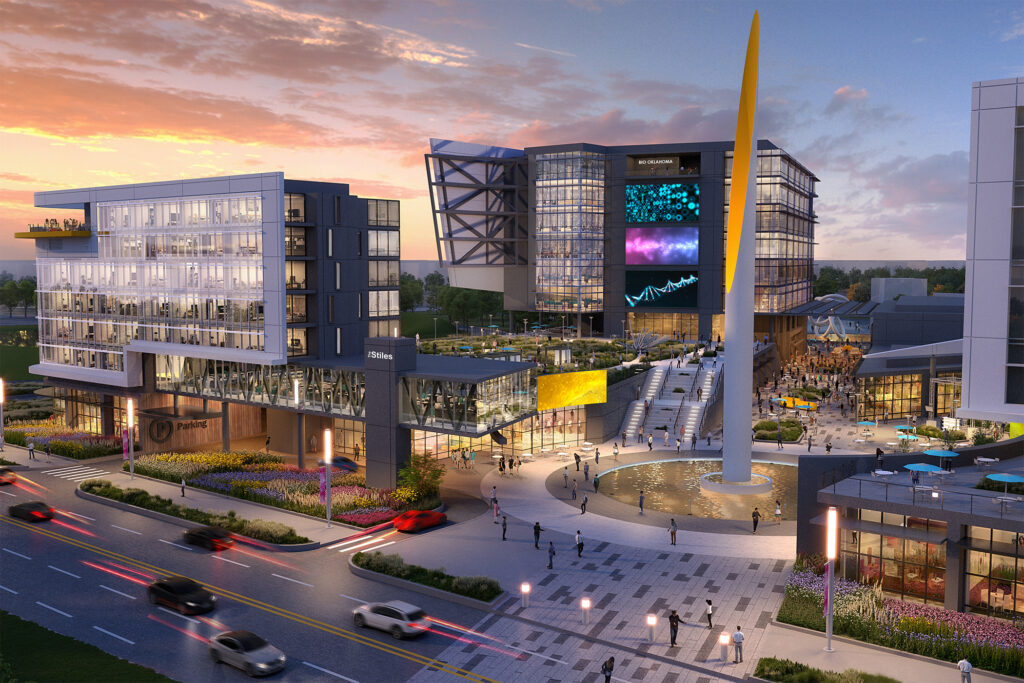 A pair of investors announced plans to develop an innovation hub that would be one of the largest developments in Oklahoma City in years, a move that aims to capitalize on the city’s growing aerospace, technology and bioscience industries.

The leaders of Gardner Tanenbaum, a commercial real estate development and investment firm, and Robinson Park, an investment management firm, said they have acquired 2.7 acres near downtown Oklahoma City for a more than 400,000-square-foot campus of office, retail and public space as well as a hotel.

Portions of the campus near NE Eighth Street and Interstate 235, in the University Research Park, are expected to offer shared technology spaces for biomedical research and laboratory needs, as well as 3D imaging and printing, according to a developer statement.

It stands to be among the largest new commercial projects in the Oklahoma City market in the past decade, Bill Kitchens, senior market analyst with CoStar Group, said in an email.

“This development … signals the city is a hub for innovation within biotech and bio-manufacturing that will bring high-paying jobs to the area,” Kitchens said.

Historically an oil and gas town, Oklahoma City has been diversifying away from the fossil fuels sector in recent years. Among the recent projects helping that diversification is Heartland Payment Systems’ $40 million, 100,000-square-foot headquarters at 606 N. Broadway Ave. downtown. The payment processing company completed the new headquarters development this year.

The innovation hub project is expected to accelerate that economic transition. The project, which is scheduled to begin construction late next year, is planned to facilitate more than 6,000 jobs in the next three to five years, according to the developers’ statement.

Wheeler Labs, a clinical laboratory developing in the diagnostics and bio-manufacturing space, has signed on as the project’s anchor tenant, according to the statement.

Wheeler Labs is part of a portfolio held by Echo Investment Capital, which works as an early investor and capital partner for up-and-coming companies. Its portfolio includes the multivitamin company Ritual and Boomerang, the Australian-inspired frozen snack company.

“Uniting the health science corridor with downtown is exactly what our community needs,” Christian Kanady, founder of Echo Investment Capital, said in the statement.

The University of Oklahoma has also committed to the project as an educational and research partner, according to the statement. Details on the partnership were not disclosed.

“The project affords tremendous opportunity for [the university] to further grow our life-changing research in the areas of bio-technology, aerospace and defense, advanced manufacturing and more,” Joseph Harroz Jr., president of the University of Oklahoma, said in the statement.

The University Research Park, where the project is planned, is a complex with more than 700,000 square feet of biomedical laboratory and office space that sits within the University of Oklahoma’s Health Sciences Center.