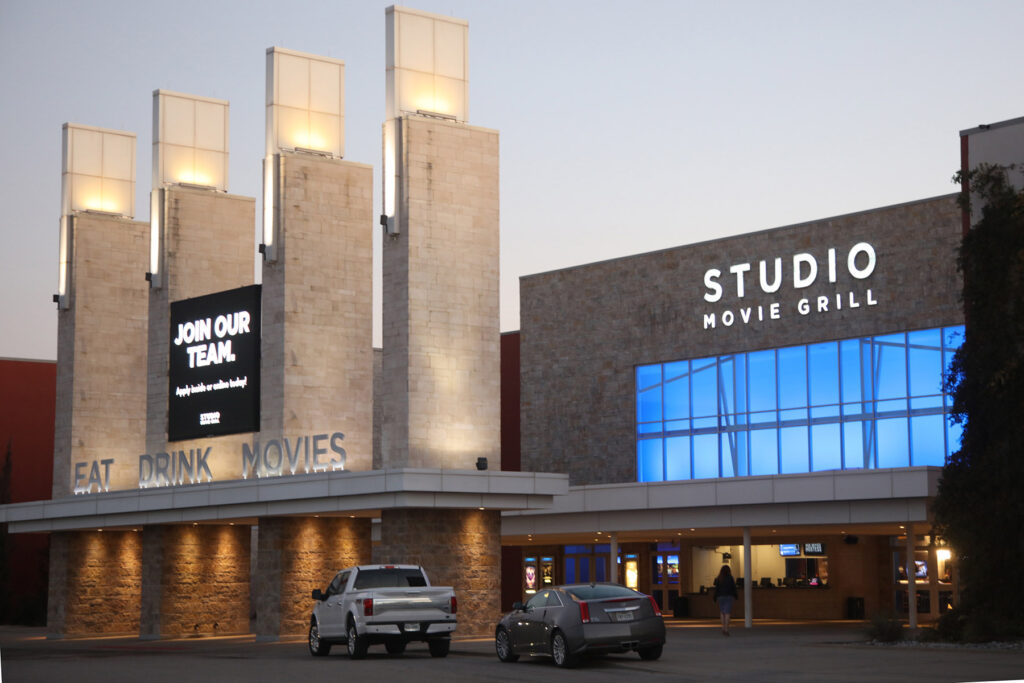 What’s a Movie Theater Worth These Days? One Bankruptcy Case Offers Insight.

Studio Movie Grill, the first high-profile movie theater operator to file for Chapter 11 bankruptcy protection in the pandemic, is negotiating with landlords as it seeks a buyer, raising the question of what exactly a cinema is worth these days. If this case is any guide, the answer may rest partly in who ends up with the empty seats.

Studio Movie Grill, a Dallas-based cinema-restaurant-bar, has been talking with landlords and has asked the bankruptcy court to let it out of leases on more than half its 37 sites across the country. If the company is unable to find a buyer, Studio Movie Grill told the court it plans to reorganize its debt and become just the latest retail operation to exit bankruptcy with less property than planned as it focuses only on its more profitable locations.

Movie theater venues are hurting from capacity limits and competition from streaming services such as Netflix and HBO Max that are gaining subscribers as movie fans are stuck viewing at home in the pandemic. With the grim operating environment for cinema chains, it’s unlikely Studio Movie Grill would find the buyer it desires unless it sells at a bargain, said Sid Scheinberg, chairman of law firm Godwin Bowman’s bankruptcy and creditors rights section.

“Unless someone can buy it at a fire sale price and keep it going in a minimalist fashion, I don’t see it selling with other movie theater chains like AMC and Cinemark fighting for survival themselves,” said Scheinberg, who is not involved with the Studio Movie Grill case but has worked on bankruptcies for retailers such as Neiman Marcus. “Unless something dramatically changes, I think we’ll see more bankruptcies in this part of the industry.”

And Chapter 11 bankruptcy proceedings often mean haggling over commercial property which, in this case, is where the empty seats come in. One of Studio Movie Grill’s locations set for closing by the end of January is a months-old venue in Fort Worth, Texas, with pricey lounge chairs and high-end kitchen equipment. The venue is only using four of its 12 screens and is showing movies such as “Wonder Woman 1984,” which is available for free to stream at home for HBO Max subscribers.

If Studio Movie Grill goes through with the rejection as anticipated onthe Fort Worth lease, at The Shops at Chisholm Trail Ranch, it would probably leave the furniture and fixtures behind, essentially tying up the property and putting the landlord in a precarious situation without a tenant and real estate it can’t lease, Michael Held, a partner at Jackson Walker law firm who represents the landlord of the Fort Worth venue,told the bankruptcy court.

But Studio Movie Grill wants access to personal property at some of its leased locations it has already rejected through the court, which is not typical in a bankruptcy case. Normally when a lease is rejected through bankruptcy court, the tenant stops paying rent and all property at the time of the rejection is considered abandoned, and therefore belongs to the landlord.

Nine of Studio Movie Grill’s rejected leases have been approved by the court of the original 23 locations set for closing. When the company filed for bankruptcy protection in October, it said the rejected leases represented real estate that cannot be easily converted to other viable commercial uses, and with the low market demand for movie theaters in the pandemic, the leases don’t warrant their costs, according to court filings.

Studio Movie Grill’s restructuring firm CR3 estimated each closed venue has up to $50,000 of business personal property it could sell, said Michael Juniper, a partner at CR3, during a court hearing. But property would probably be valued higher at newer locations such as the one in Fort Worth, which was estimated to cost $6.5 million to build, according to a state permit.

The Fort Worth theater’s chairs are valued at $700 to $800 each that chair maker Inorca wants to be paid for, or it seeks to have the chairs returned, according to court testimony and filings.

Some landlords have accused Studio Movie Grill of using their locations for free storage of equipment but not paying rent on the rejected leases. Judge Stacey Jernigan in the Northern District of Texas in Dallas agreed that landlords should be paid for the use of their real estate beyond the effective date of a rejected lease and gave the parties more time to flesh out a plan.

“Landlords are clearly entitled to be paid to the extent stuff will be stored there. There needs to be a storage lien or carve out to pay them storage …,” Jernigan saidin a hearing. A complete plan is expected to be presented atthe next hearing, scheduled for Feb. 1.

But finding another tenant will not be an easy task, especially when no one knows when leasing demand will return, with studios such as Warner Brothers planning to release all its movies this year on HBO Max the same day as in theaters.

AMC Theatres, the nation’s largest cinema chain, warned investors last month it needed $750 million to remain viable and it was doubtful about the company’s ability to continue as a going concern. The situation faced by AMC and its rivals, including Regal Cinemas and Cinemark Theatres, also presents potential financial issues for commercial property landlords with theaters as tenants.

“For some of these larger movie theater companies, debt has become a real albatross for them and put them at a disadvantage compared with other types of entertainment companies in retail,” said James Bentley, a bankruptcy attorney with Winston & Strawn in the law firm’s New York office. “For movie theaters, the future could come down to the deals they strike with their landlords.”

Researchers at Bank of America Securities has reported there are $31 billion in loans collateralized through commercial mortgage-backed securities involving properties with movie theaters among their five largest tenants.

“Eventually, this will all come back, but who will step up and loan funds on an interim basis?” said Dan Winikka, a partner at Dallas-based law firm Loewinsohn Flegle Deary Simon who has experience with retail bankruptcies. “They will likely need to project demand and what will be the most profitable places down the road.”