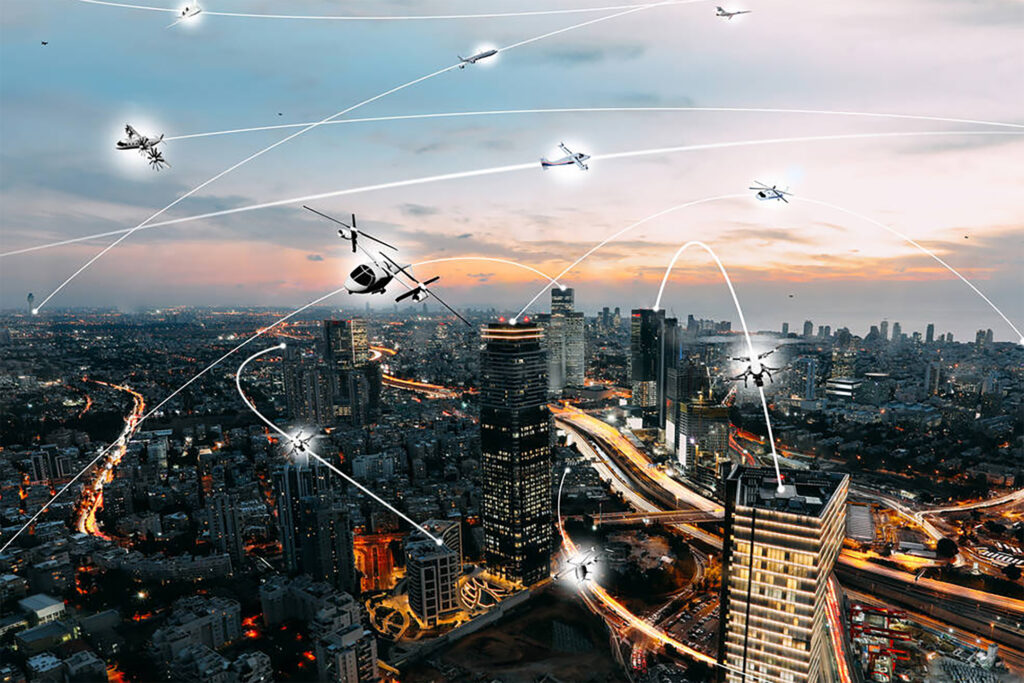 NASA enlisted researchers at the University of California San Diego to design futuristic flying taxis, the latest in a growing wave of investment in “urban air mobility” technologies that could significantly alter commercial development in crowded cities.

The federal space and aeronautics agency provided a grant of $5.8 million to the San Diego team. It brings the total now invested to almost $30 million nationwide into university research on aircraft with vertical takeoff and landing capabilities. The move could significantly transform commercial development in some regions by enabling point-to-point transportation of people and cargo.

“The goal of urban air mobility is to ease traffic congestion and reduce travel times,” said John Hwang, professor of mechanical and aerospace engineering at UC San Diego, who is leading the university’s 10-person research team. “For example, a 90-minute ground commute to a downtown workplace could be reduced to a 15-minute air taxi flight.”

The researchers are responsible over the next three years for devising a design and computational infrastructure that could ease production of vehicles that also address safety, security, noise, environmental and other issues that need to be resolved before federal authorities approve such point-to-point aviation services for commercial use.

Several technology providers and real estate developers such as Hillwood and Related Companies have announced plans for services slated to be tested and possibly available for commercial services in 2023 or 2024. The technology has been incorporated into planning for industrial, residential and mixed-use projects in regions including Dallas, South Florida and California’s Silicon Valley.

The city of Los Angeles late last year unveiled plans for an in-depth study of urban air mobility to ease traffic congestion woes, in a program involving the aviation division of automaker Hyundai Motor Corp. Other U.S. cities and developers have worked on projects with ride-hailing giant Uber Technologies, which recently sold its Uber Air tech division to Joby Aviation while retaining a significant investment stake.

This month, United Airlines announced a partnership in which it will purchase 200 electric aircraft with vertical flight capabilities from San Francisco-based Archer Aviation. The aircraft maker is developing vehicles targeting 60 miles of travel on a single charge, at speeds of up to 150 mph, with production scheduled to start in 2023 for public availability in 2024.

“By working with Archer, United is showing the aviation industry that now is the time to embrace cleaner, more efficient modes of transportation,” United CEO Scott Kirby said in a statement. “With the right technology, we can curb the impact aircraft have on the planet, but we have to identify the next generation of companies who will make this a reality early and find ways to help get them off the ground.”