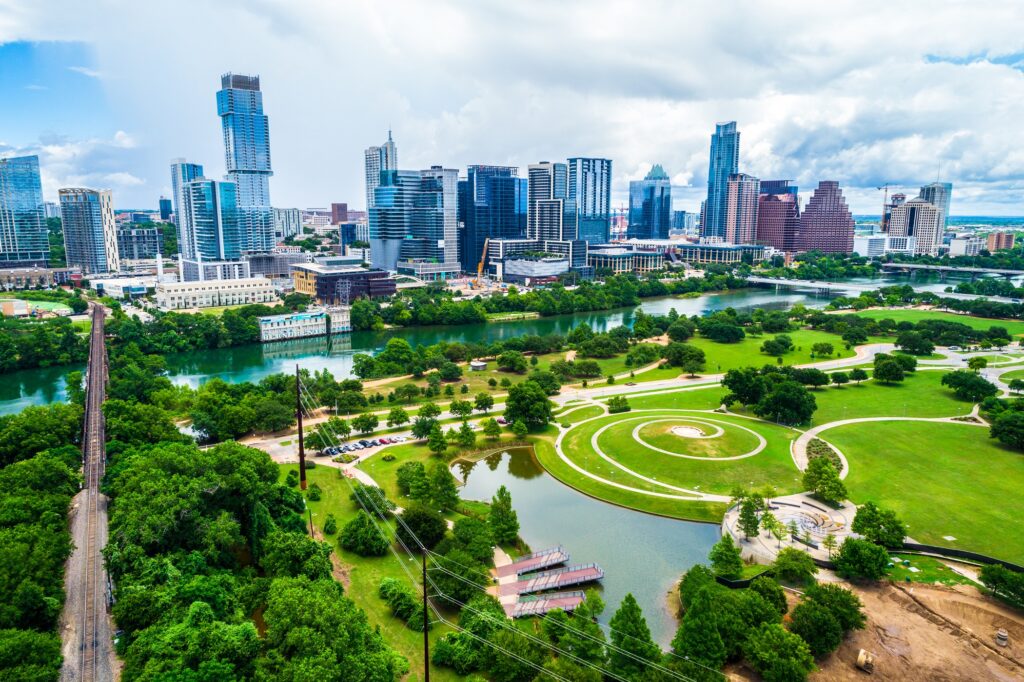 Tourism Cities, Predictably, Are Well Behind Other Major Markets

Some of the strongest sectors for employment growth nationally in October were the office-using professional and business services, financial activities and information sectors. These industries combined accounted for between a quarter and a third of all jobs added in October, depending on whether the data has been seasonally adjusted. For this job growth update, we took a deeper dive into office-using employment by market.

With so many office workers still operating from home, the notion of office-using employment may seem somewhat anachronistic at this time. However, it’s important to look at these jobs since they typically represent higher-paying professional and technical services positions that help drive demand for high-end multifamily, retail and of course, office space. Office-using employment is highly correlated with office demand, so any sustained softness in employment for that sector could point to a weaker post-pandemic performance for office properties in a given region.

Nationally, office-using employment fell by 7.8% from February to April, but has increased by about 5.5% since. The sector overall remains down about 2.8% from the February peak.

The cities that saw the largest drops were generally some of the nation’s largest tourism-based economies, including Las Vegas; New Orleans; Honolulu; Orange County, California; and Palm Beach, Florida. These markets felt a cascading effect from COVID-related travel shutdowns, as hospitality firms or companies that service those firms were forced to furlough or lay off staff.

In Las Vegas, which saw the largest drop in office-using employment, this meant that workers in administrative, accounting and other professional services roles at casinos and resorts were laid off due to the effects of COVID.

Washington, D.C., with its large government presence, saw the fewest office-using job losses in the initial months of the pandemic. Other more-resilient locales included tech-heavy Denver, Boston and Austin, Texas, as well as San Antonio, another city with a big government sector.

While analyzing how office employment reacted to the initial impact of the pandemic is useful, it’s important to also take into consideration each city’s recovery. To get a full picture of both the initial drop in employment as well as the recent recovery, we looked at office-using employment as of October compared to where it stood in February.

Austin stands out as a major outlier here. Texas’ capital boasts office-using employment at nearly 5% above its pre-coronavirus peak, by far the top mark in the country. The market has seen the likes of Tesla and BAE announce local expansions during the pandemic, and there are reasons to believe TikTok may be looking to Austin for a major expansion.

Energy-dependent cities Houston and Oklahoma City rank as two of the best-performing metropolitan areas in terms of office-using employment. For those two markets, the oil bust of 2014-2016 already forced many energy firms to cut staff and operate as lean as possible to lower costs. Even though both economies have taken a hit since the pandemic, many firms likely don’t have room to cut staff much further.

Other strong performers are Indianapolis and Memphis, Tennessee, two cities where the boom in e-commerce and logistics is likely helping keep office-using employment related to those sectors afloat.

The bottom performers for office-using employment include familiar places: tourism-dependent cities, as well as areas that were hit hard by the initial wave of coronavirus cases and have been relatively slow to recover. Honolulu, Las Vegas and New Orleans all have large holes to climb out from, as do Los Angeles and New York.

Washington, which was the most resilient city in the country in the early months of the pandemic, ranks as one of the worst regions for office-using employment since February. The nation’s capital may have avoided major job losses to start, but Washington is also the only major metropolitan area in the country that has experienced office-using job losses since April.