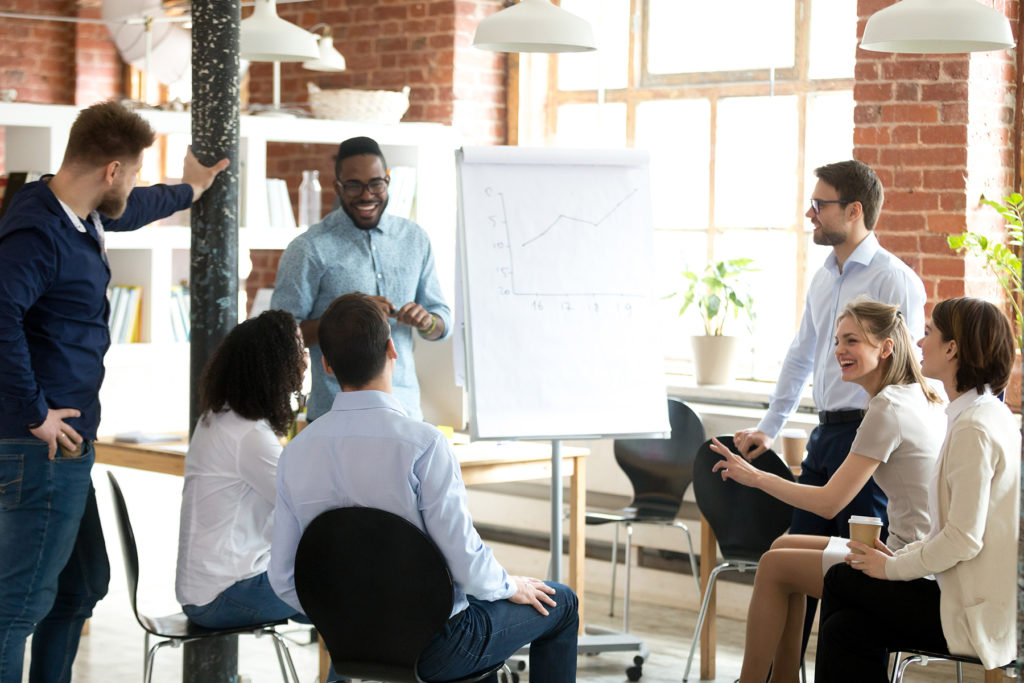 Deck the halls indeed! With near perfect timing to ring in the holiday season, small businesses displayed renewed strength in November.

The NFIB Small Business Optimism Index rose 2.3 points to 104.7, or 2.2% month-over-month. This reading marks the biggest monthly gain since May 2018 and nearly reaches this expansion’s high of 110 recorded in 2018.

Together with the surprisingly robust jobs report last week, the increase in business confidence continues to support a favorable demand outlook for commercial real estate, which already enjoys historically healthy operating fundamentals and near-historic low vacancy rates across the industrial, multifamily, and office sectors as well as across select segments of the retail sector.

Taking a wider view of the NFIB’s survey data illustrates that Small Business Optimism has held relatively steady over the past year. Optimism remains elevated by historic and cyclical standards, even as it retreated from its cyclical high. Taken together, the survey continues to suggest that economic growth is decelerating, but far from crumbling.

Now in its 110th consecutive month of expansion, the labor market remains on solid footing and continues to roll on despite lingering trade uncertainty, manufacturing sector softness, slowing global growth and an uncertain geopolitical backdrop.

Not only did this month’s improvement in NFIB Optimism signify the largest monthly jump since May of 2018, but the improvements were widespread across seven of the survey’s 10 Index Components. Of particular interest were the improvements seen in compensation plans and hiring intentions, both of which are essential to consumer health and spending.

Meanwhile, the November employment report released last week by the Bureau of Labor Statistics also pleasantly surprised to the upside, with payrolls increasing by a whopping 266,000. Factoring out the 41,000 boost received from the General Motors strike resolution, nonfarm payrolls still improved by an impressive 225,000 jobs. The unemployment rate also separately declined to a 50-year low of 3.5% after edging up slightly in October.

So, should we all break out our Santa hats and a pitcher of eggnog to celebrate? Not so fast, Rudolph!

Given that the NFIB survey captures businesses’ intentions and plans for expansion, hiring and compensation, it would be natural to assume that payroll employment is poised for a comeback in the months to come. To this end, the NFIB survey indeed functions as a leading indicator to payroll and employment growth figures.

However, uncertainty and continued business caution in spending are likely to dampen any substantial hiring or wage growth improvements in the months to come.

Digging a bit further into the uncertainty theme, business uncertainty fell 6 percentage points to 72%, reflecting the lowest degree of uncertainty since February 2016. A drawdown in inventories, improvements in sales and rising confidence that trade deals with Mexico and China will be reached collectively bolstered business optimism and reduced uncertainty.

Yet, 32% of respondents in the NFIB survey also indicated that their businesses have been adversely impacted by the trade disputes. The pervasive negative impacts of the ongoing trade wars underscores most economist’s views that the U.S. economy is slowing, even despite the fact that businesses exhibited a renewed sense of optimism.

In addition to uncertainty over global trade issues, small businesses continue to cite limited labor availability as a challenge, with 26% of owners indicating that their biggest obstacle is finding qualified workers. While hiring plans edged up 3 percentage points to 21%, maturing and historically tight labor markets may very well constrain hiring intentions.

Similarly, while compensation plans jumped 4 percentage point to 26%, the highest level since 1989, limited pricing power in the form of modest price inflation will probably hold wage growth near its prevailing 3% pace of growth.

The fact remains that businesses are struggling to pass higher costs onto consumers, as exemplified by the core personal consumption expenditures, known as PCE, measure of inflation. The Core PCE, excluding food and energy prices, rose just 0.6% in October slipping to a 1.6% increase relative to last year, well below the Federal Reserve’s 2.0% target.

Given the recent strong employment growth and optimistic outlook on the part of small businesses, one can’t help but wonder what effect a resolution to the current trade disputes and lifting of lingering business caution would have. Yet, as tempting as it may feel to break out the eggnog to celebrate the compelling strength businesses showed in November, this is not likely the start of a new or sustainable trend. Monthly survey data will probably remain volatile as businesses remain cautious and increasingly sensitive to developments in trade.

For now, the labor market remains a bright spot that commercial real estate investors, lenders and developers can remain thankful for as we head into 2020.