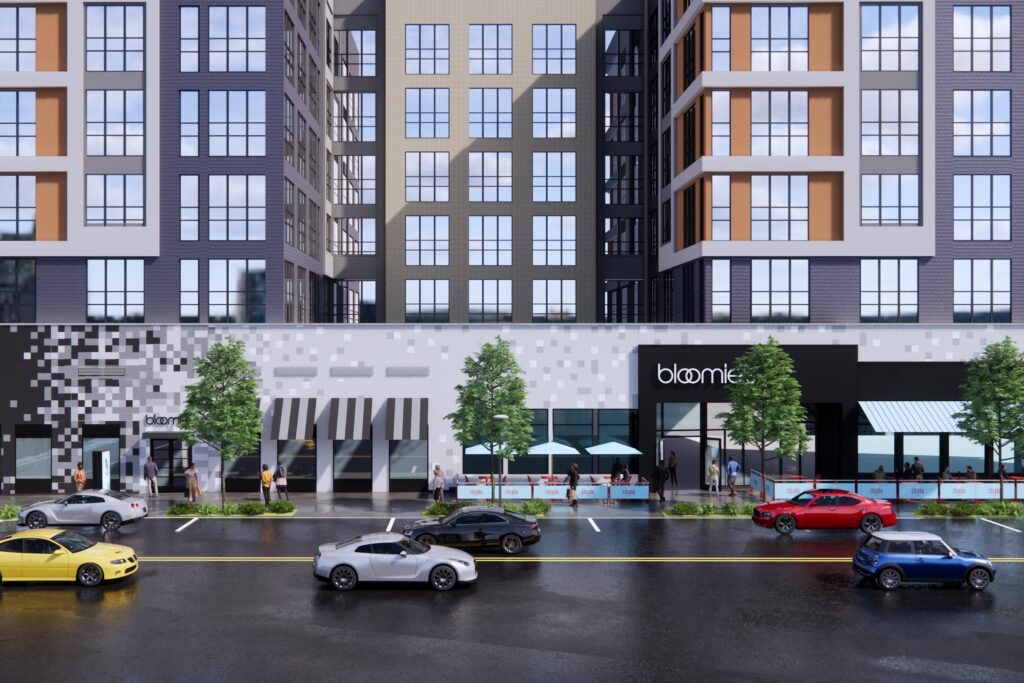 Upscale department store Bloomingdale’s is going small, joining other U.S. retailers in opening reduced versions of their brick-and-mortar locations. In doing so, it’s sharing a glimpse into the future of shopping as the pandemic wanes and the industry bets on Americans venturing outside once again.

Bloomingdale’s, owned by New York-based Macy’s, is planning an Aug. 26 opening for its first Bloomie’s, a 22,000-square-foot outpost — with special attention paid to amenities for online orders — in the Mosaic District shopping center in Fairfax, Virginia. Bloomie’s has been the store’s nickname for decades among fans.

The launch comes as the National Retail Federation has substantially boosted its full-year sales growth forecast to double digits, the biggest jump in nearly 40 years, signaling more shoppers could return to physical stores in the coming months after mostly ordering online from home over the past year during the pandemic.

Bloomingdale’s described the new concept as a “style and service destination featuring new store experience and design concepts, and a distinct assortment of advanced, contemporary and luxury brands across women’s and men’s fashion and beauty.”

A number of retailers have opened or are testing small-format stores. Macy’s has debuted 20,000-square-foot locations called Market by Macy’s, while Nordstrom has its small Nordstrom Local shops, which offer services and act as fulfillment hubs for customers. Target now has a fleet of roughly 140 small-format stores, which it has used to expand into urban settings and college towns. Kohl’s has also been shrinking some of its sites, as has Burlington Stores. In the case of Bloomingdale’s, Bloomie’s is a fraction of the size of its regular stores, which rangefrom 170,000 to 200,000square feet in malls across America to as big as 815,000 in New York City.

There’s a variety of reasons for the rising trend of small-format stores.

While the move emphasizes an efficient use of space, it marks a risk. The company is gambling that shopping tastes in recent years will hold up. Unlike changing or rearranging the interior of a store, betting on a tiny footprint leaves little room for making a correction if shoppers end up deciding at some point they’d like to have more room to roam.

As it appears now, the rise of e-commerce may mean there’s not much of a future for many of the new 200,000-square-foot stores, based on the industry’s recent move to a more efficient use of space. The small-format stores can also serve as a supplement to large, full-line department stores.

Bloomingdale’s CEO Tony Spring said in a statement that “Bloomie’s has always been a term of affection from our loyal customers. Our new Bloomie’s store will deliver everything they love about Bloomingdale’s in a highly edited, convenient, and unexpected way.” He also said the stores are designed to try to create a “fresh and casual experience.”

The merchandise selection at Bloomie’s will change frequently, “with fresh deliveries multiple times per week, and rotating carts with unexpected finds” so shoppers “will find something new with every visit,” according to Bloomingdale’s. Women’s Wear Daily reported in January Bloomingdale’s planned to open the small-format Bloomie’s store this year.

The unexpected find is a technique that’s been employed by discount chains such as TJ Maxx, though those finds often also involve discovering a bargain. The adoption shows how stores are looking across the industry to adapt practices to lure shoppers away from online orders.

Bloomingdale’s is locating its first Bloomie’s to make it convenient for customers in the Mosaic District, a local hub for shopping, dining and entertainment. Online pickups and returns from any shopping channel, whether it be digital or in-person are all centralized at what’s called “The Front Desk at Bloomie’s.” The location will also feature personalization, customization and alteration services.

At the store, “stylists” will assist and guide shoppers across all merchandise categories. Each stylist is equipped with digital selling capabilities, allowing them to access special finds for customers outside of Bloomie’s, from nearby Bloomingdale’s stores to the 59th Street flagship in Manhattan, as well as enabling them to work with Bloomingdales.com customers digitally.

Bloomie’s will also incorporate new design elements, with a “punched-up color palette” and “unique carts throughout the store,” according to Bloomingdale’s.

The store will also be home to the newest location of Washington, D.C.-based Colada Shop, which will serve its full menu of signature cocktails, roasted coffee and Cuban bites.

In advance of its debut, Bloomie’s will be hosting events in the Mosaic District throughout August.