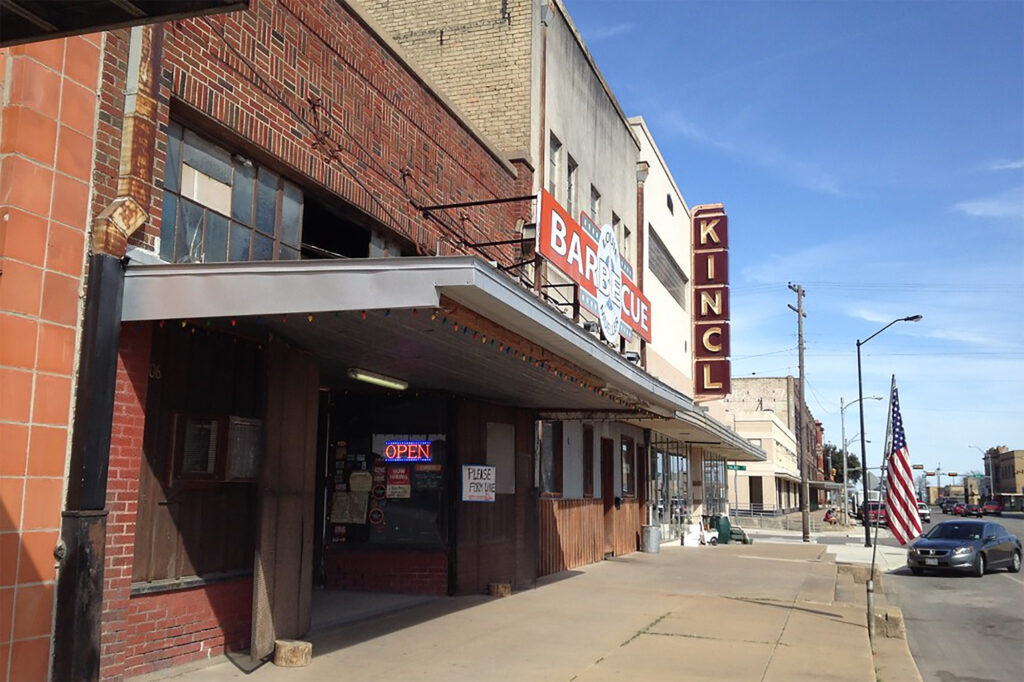 A $17 billion investment for a major plant from Samsung could put a small town about 35 miles northeast of downtown Austin, Texas, on the map for large industrial users.

Samsung is considering Taylor, Texas, in Williamson County for a potential 6 million-square-foot manufacturing plant. Locating the plant in Taylor would undoubtedly change the character of the town, which has a population of 17,000. The plant itself would create 1,800 jobs, likely pulling in labor from neighboring areas.

Taylor shows what happens to a small community when it’s within commuting distance of a city that’s been surging with development. Austin, the Texas state capital, has placed at the top of influential property investor surveys for the best place to develop this year, building on its reputation as a home to expansion for Apple, Tesla and Google.

Samsung is also considering a site in Travis County near its existing factory in East Austin at 12100 Samsung Blvd., which is 12 miles northeast of downtown Austin. In addition to the two Central Texas sites, the South Korean tech company is also weighing sites in New York and Arizona for the new plant and a final decision has not been made, according to a company spokeswoman.

Taylor doesn’t have much industrial activity — so far. It has challenges such as not being as easily accessed from downtown because it’s farther east from State Highway 130 than the up-and-coming industrial market of Hutto. Taylor still has “relatively good access” with State Highway 79 and Farm-to-Market Road 973 connecting to State Highway 290, said Leigh Ellis, a principal with Aquila Commercial who is familiar with the Hutto-Taylor area.

The largest industrial users in Taylor are cabinet maker Burrows Cabinets and manufacturing operations for Austin Lighthouse for the Blind, Ellis said. Chemical company Durcon Inc. also has a manufacturing presence in Taylor and is one of the largest employers in the town, according to Aquila Commercial, an Austin-based brokerage.

“Taylor right now is probably a sleeping giant. It’s still pretty close to Austin. It’s got decent access, but there’s not much going out there,” Ellis said. He anticipates Taylor’s industrial market to be built out as it benefits from the spillover activity in Hutto and State Highway 130. However, Taylor’s growth would be kicked into overdrive if Samsung chose it for its major plant, expected to be 6 million square feet.

“It would be a huge impact. I don’t know if it’s going to be the same extent as the Tesla effect, but there would be an effect,” Ellis said, referring to the proliferation of industrial activity near the electric vehicle plant Tesla is building in East Austin. “Samsung has a lot of suppliers already located in northeast Austin, and over time they may open up a location that just services the Taylor fabrication site and another that services the northeast Austin site,” Ellis speculated.

Being located right on SH 130 may not be a top priority for a large manufacturer because it’s not under the same pressure as an e-commerce retailer to get products to customers with next-day or same-day delivery, said Sam Tenenbaum, director of market analytics for Central Texas.

The Samsung plant “would supercharge north Austin growth a bit more” as the center of Austin continues to drift north and northeast, said Tenenbaum.

The greater Austin area’s population has exploded over the past decade as more and more tech companies set up operations in the city known for its tech workforce and quality of life. Apple, for example, is building a $1 billion corporate campus in northwest Austin that has the capacity to house up to 15,000 workers.

If Samsung does choose Taylor, the plant would be within the Georgetown or the Round Rock industrial markets Tenenbaum noted. Taylor straddles both markets, and Samsung has not specified an exact location in Taylor.

The Georgetown market is mid-sized with 7.3 million square feet of industrial space spread out over a large geographic area stretching north of Round Rock along SH 79 to the town of Jarrell and east of Liberty Hill to Thorndale. There’s about 938,000 square feet of new industrial space under construction in the area with a vacancy rate of 9.3%.

Meanwhile, the 6.8 million-square-foot Round Rock industrial market extends south of SH 79 to Coupland and west of Brushy Creek to Adina. The mid-sized market has about 455,000 square feet of industrial space under construction and a tighter vacancy rate of about 4.2%.

Taylor also offers plenty of affordable land and housing, which could present an attractive opportunity for a large new factory or employer seeking to locate within the greater Austin area but without the rising land prices other parts of the market are facing.

“It’s a nice municipality with an affordable” cost of living, said Ace Schlameus, an executive vice president of JLL and lead of the brokerage’s industrial division, who is not working on the Samsung project but has knowledge of the market.

Part of that affordability also extends into the electricity market. Taylor falls outside of the regulated electricity market in Austin, so users can shop around for rates. Taylor is served by Oncor, which also provides service for Round Rock, the Dallas-Fort Worth region, Odessa and Midland. The type of plant Samsung is proposing uses massive amounts of power.

“Taylor and the area offer deregulated energy where they can negotiate rates with users, and that could be a big savings to a very high consumer of energy like Samsung,” Schlameus added.

When winter storm Uri hit Texas in February, power supplies were constrained and Samsung had to temporarily close its existing plant in East Austin to preserve electricity for the rest of the power grid. The closure cost Samsung an estimated $270 million from lost wafer production, a Samsung official told Yonhap News, a South Korean news agency.