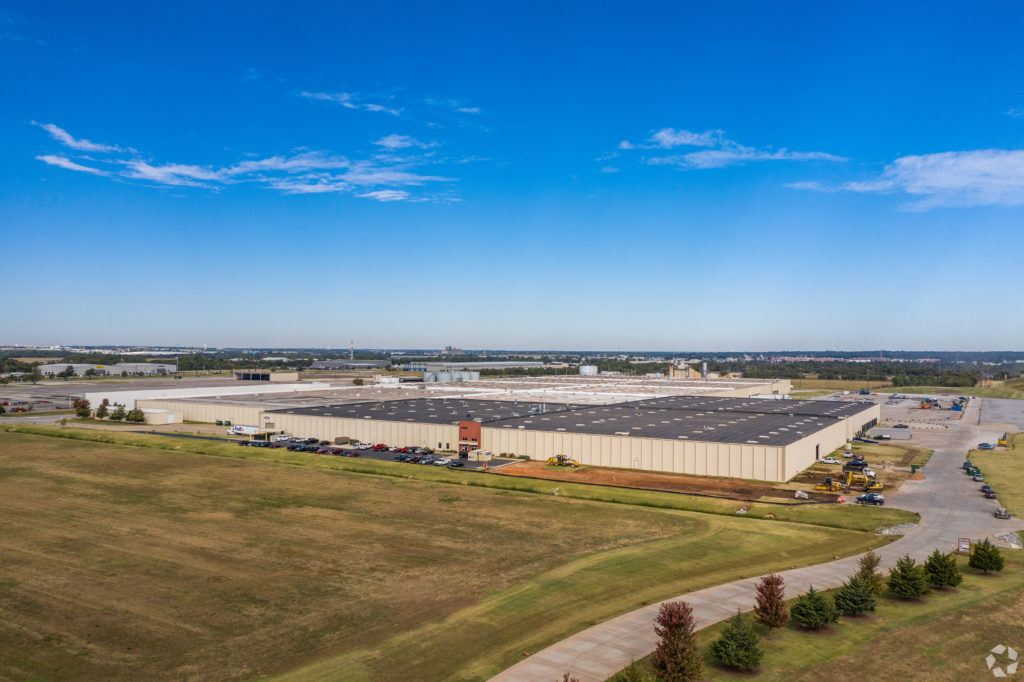 Walmart has signed a deal to expand by 65,611 square feet at 7501 SW 29th St., a 1.3 million-square-foot industrial building in Oklahoma City owned by real estate firm Bulk Industrial Property Group. In November, the company leased 152,850 square feet in the building. The new lease makes Walmart the largest tenant in the complex, at more than 218,000 square feet.

This expansion comes after a surge in both in-person and online demand amid the coronavirus pandemic; in the first quarter, Walmart reported a 74% increase in online sales and a 10% increase in in-person sales.

Walmart, based in Bentonville, Arkansas, declined to comment. Boston-based Payson Smith Holbrook’s James Holbrook, who represented Walmart, did not return request for comment.

Todd Mendon with Bulk Industrial Group, based in Mission, Kansas, said his company has generally seen an increase in demand for industrial space, specifically in Oklahoma City, as more companies are building up their “safety stock” of goods to ensure they can meet consumer demands if there’s a disruption in the supply chain.

“I think it’s part of a response to COVID,” Mendon said in an interview

Each of Walmart’s distribution centers serves between 90 and 100 stores within roughly 150-mile radius, according to the company’s website. Wichita, Kansas, sits 161 miles away, and Tulsa, Oklahoma, sits 106 miles away. The Dallas-Fort Worth metroplex sits 206 miles away from Oklahoma City.

Oklahoma City is slowly becoming a strong distribution hub. In 2019, Amazon built a 2.56 million-square-foot fulfillment center in Oklahoma City near the Will Rodgers Airport. The city’s rent remains competitively low too, and only grew by 0.6% year over year in the second quarter 2020; meanwhile, the nation’s industrial rent rate increased about 3.8% over that same time period.

“With an expanding population and steady job growth, Oklahoma City continues to solidify itself as an emerging logistics hub,” Paul Hendershot, wrote in his most recent report on the city’s industrial market.